Perhaps brand consultancies have finally reached a level of maturity in Australia to be detected by both client and media radars. A decade ago it was all begging and bribery to successfully place a brand consultancy news story, unless you were dealing with a UK journo or a niche trade title. But here we are in 2012 and B&T has run three online stories already this week not to mention the run Campaign Brief has also given a few. I aways knew it was just a matter of time, albeit with still frequent misuse of a word I detest –  ‘logo’ –  and the correct meaning and use of the term ‘brand identity’.

Pronto Software has unveiled a new identity as it expands its business into a range of local and international sectors. I especially like Managing Director, David Jackman’s stand against conformity when he said – ” In creating this new branding, we have made every effort to produce something unique and different that would challenge the relative conformity of the entire Enterprise Resource Planning (ERP) and Business Intelligence (BI)space.”

For the entire story see the following link –   http://www.bandt.com.au/news/marketing/pronto-software-rebrands-with-interbrand 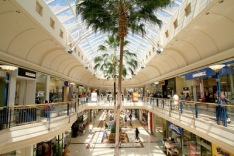 Melbourne brand agency Paper Stone Scissors has won the creative account for Highpoint Shopping Centre after a four-way pitch with unnamed agencies. Paper Stone Scissors will be tasked with rolling out the new brand direction, owned by the GPT Group, as part of a $300 million development project set to be completed by the end of 2012. WOW – this story’s even sitting on the front page of Campaign Brief’s website today. http://www.campaignbrief.com/

Thirdly, Melbourne brand agency Tank has appointed Crystal James as client services director. The newly created role, to be based out of its Melbourne headquarters, signals the business’ growth which is forecast to double over the next two years. James formerly held the position of business development director at rival agency RCo Brand Communications where she was business development director. (Again please use above B&T link for full story) and visit Tank’s website on http://www.tankbranding.com.au/